Harel Bin-Nun died in Yitzhar. Yitzhar and Shilo are communal settlements, and both have a yeshiva. We are all 'settlers,' and yet, they are two different worlds. In order to understand Harel's last years, you have to have a little taste of Yitzhar. 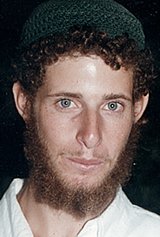 When Harel came to Yitzhar, we already knew his brother Yigal. We figured he'd be the same character- brusque, determined, sure of himself. And then what shows up? One very young, a mountain of curls, tiny kipa, jeans, an enormous backpack, and in the middle of all this going on, a pair of blue eyes. Confused, a touch scared. Soft, soft soft. And that never changed.

He came to the yeshiva and started learning with an older student, Haim Bernstein. Haim told Harel that if he was going to learn with him, he'd have to be there every day, from the beginning to the end. Lots of kids his age disappear a lot for hikes and adventures, but his time was valuable, and if Harel was committing, then it was all or nothing. And they began to learn. And he was there. Always. And a funny thing happened. At first, it was Haim teaching Harel the special style of thought of the Gemorra. But every once in a while he would pull Haim up short with his questions. Sometimes you get so caught up in the flow of the Gemora that you forget to ask the straight simple questions. Harel would ask these common sense questions, and they would have to confront them, too. And that's the way it went. It wasn't easy, diving into the sea of Gemora, but Harel held himself to it. And that's the way he was with everything. When he decided that something was the right thing to do, and he did it. He never cut himself any slack once he decided that something was important.

Later Haim was severely injured in a work accident. Harel was no stranger to hospitals, having been shot in the stomach years before in a terror attack. He went to Haim's bedside, and stayed there, day and night. He knew what staying in a hospital was like, and just appointed himself his baby-sitter.

Then came the period of the new settlement, the Giva. A few people, amongst them Harel, set out to start a new settlement on a hilltop near Yitzhar. They started out with nothing. So Harel divided his time between Kever Yosef, learning, and the Giva.

He was always fixing things. He loved order and cleanliness. When he overheard someone talking too much about food, or cars, or tools, which he loved so much- when he heard someone getting so involved with them that they would forget what was important, he would just disassociate himself from the discussion. It seemed childish to him, irrelevant.

The Giva went through a number of different periods. They built a house, two families moved into the house. Then the authorities wrecked the house, and a crisis descended on the Giva. The main mover behind the whole project underwent a crisis, and was uncertain as to whether he would stay in the Giva or not. For several months we lived in tents, and there was considerable pressure from the Ministry of Public Security and others, and there was in general uncertainty whether to remain or to abandon the project. Maybe it's better to end on an up-note, and not wait until there would be more humiliations.

So there was a big general meeting of all who were involved. Included were Harel and a number of other kids who insisted that the Giva not be abandoned. As one who had lived there for a considerable period of time, he was included. He told people beforehand that he speaks only for himself, and that he knows that the responsibility for this is too much for one person, but if a group organizes itself, and each one takes responsibility, then together they can make it work. This is important, he said. And that which is important, well, you do it.

The decision-makers described the situation as realistically as possible, covering all the difficulties involved with holding down a new settlement. The guys there said that in fact it was too much for them. And then suddenly Harel says: OK, I'll take it on myself. Out of the blue, once it was clear that the cause was lost, that it was hopeless, that there was no way to continue with the Giva. And immediately jumped into the details. Harel was never one who liked to leave details up in the air. Within five minutes, the whole thing was arranged: Harel took on responsibility for the Giva. It was a completely wild idea. Harel takes on the Giva. And there's nothing there, not even a house. But that was Harel. 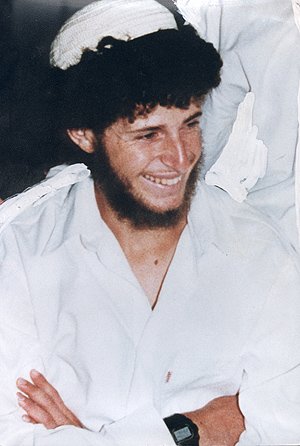 He did what he had to do, even when it meant giving up on things that were basic to his personality. He loved order and neatness. But during that period they worked with what they called the 'hot bed.' When one person awoke to do guard duty, someone else dropped into the same sole bed. People would sleep with their boots on, with mud. There was no shower in the Giva. But Harel was there.

Harel sort of disappeared into the Giva, taking all his strengths with him. He put in it everything he had. He took all his savings, and when he had an opportunity to work, he would work in order to add to what was there. It was as if he took everything, and turned it into fire.

Things started to happen. Orchards were planted, and a sheepfold. was built and filled. Horses, and later, a tractor. Everything didn't necessarily have proper financial backing. Harel and his friends open their pockets, and pooled their resources, as if in a commune, as if they didn't have any private lives or their own. Harel almost never left the Giva. As much as some of the other guys sometimes complained, to them, Harel was the Captain. Young guys, by their nature, don't usually like to wash dishes, or to clear a field of stones. But Harel said it was important, and even though he was amongst the youngest of them, they did it because he said to. Once he decided it was important, he locked on it, and that was the end of it.

When you pray, when you really want to focus, your mind frequently wanders to things that are troubling you. You want the calm to concentrate, and it turns out that the real work is to constantly catch yourself and bring yourself back to where you want to be. To constantly return. The central focus, that is the most important thing in life.

For Harel, the important things were things that needed to be done for Eretz Yisrael, for Am Yisrael. To be involved, in tune. People who are in touch are often measured on Purim. Harel was a strongman, one who was never out of control. One Purim he had drunk a considerable amount, and was found banging his head against the wall and crying: I'm going to be judged; I don't love Am Yisrael enough. What will be with my love for Israel. One has to be very much in tune, when one lives a life of maximum conflict, of police, of feeling the split between the Left and the Right, with all the anger and bitterness, and when goes into one's deepest place on Purim, what you come up with is the need to love more. 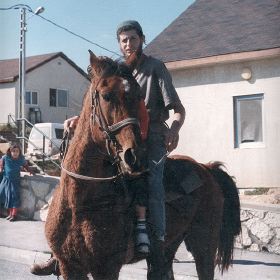 Harel was once asked what he would do 'when he grew up.' The funny kind of question that adults ask. And he said he didn't know. He guessed he would go wherever there were important things to be done, wherever he could best serve God.

And the Giva grew and grew. And then there was the murder of Dov Dribben, may his murder be avenged, and that selfsame night Harel and friends built a house in Yitzhar, just to make amends on the previous house that had been destroyed. It wasn't just a physical act, it was a stance. It was a new idea about what to do when a house is destroyed. They found someone and asked them if they were ready to move into a house. Do you have a house, he was asked? Come morning, there will be a house.

They corralled everyone. Residents and visitors. They worked all night, and come morning, there was a house. That day two families moved their belongings into the house. In the coming nights they continued to work on the house, and the Giva grew and grew.

And this is where his dedication became extreme. He had other projects which were urgent: in Maon, the farm of Yehoshofat Tor needed a house, and there was what to do in Rachelim. And during all this the patrol, which was the lifeblood of the Giva. The income from the patrol is what backed the agriculture, and the sheepherding. The pace was incredible, the attempt to accomplish all the important things at once. 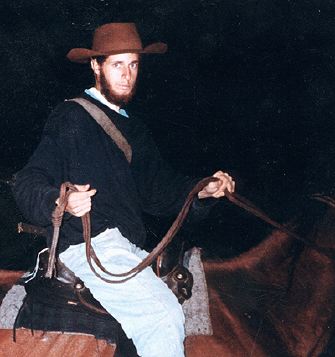 One day he was found sleeping in the seat of the tractor, sitting up. He probably hadn't slept for two days, and couldn't be convinced to lie down, for there was so much still to be done. His dedication and investment in the Giva just grew and grew.

Sometimes he would take food with him, but wouldn't have time to eat it for days on end, because he was in such a rush, so much to accomplish. Everything was urgent, except himself. At that time he told friends that as far as security goes, things were only going to get worse. In Yitzhar most of the residents took guns. On the patrol on the Giva, there were no weapons.

Sometimes he would shout at the people in charge of security. "One day you'll come to check up on us, and you'll find all slaughtered." Not that this worried him personally. He told friends: "You'll see. There will never be peaceful coexistence here. In the end there will be a blowout here between Jews and Arabs and I will die." He repeated that numerous times. It was clear to him that he would be on the leading edge of that battle.

Near the end he was outraged by the sense that there was abandonment and neglect, from a security standpoint, of the whole area. Without rhyme or reason. It was unsettling to hear him say that you would find everyone slaughtered on the Giva. 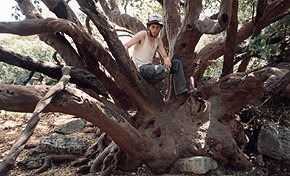 If he left something behind him, an ethical will, it was to always search for the way to connect to the deeper part of life. Neither to get lost in the bustle, nor to sink into the routine of daily life. To constantly wonder what HaShem would want you to do now, what is the most important thing for me to do? Both on a personal level, and on a larger scale.

Harel was ambushed and murdered, together with Libman, doing the patrol on the Giva.